New regime for the contractual rights of Third Parties in Scotland

Download our briefing on the Contract (Third Party Rights) (Scotland) Act 2017, which is the outcome of the Scottish Law Commission's recommendation to create an updated statutory regime for third party rights, replacing the common law rules.

Third party rights are conferred by contracting parties on a person who is not a party to the contract concerned. Such rights have long been recognised as capable of being created in Scots Law under the general or common law, known as jus quaesitum tertio, but the rules are poorly understood, and generally regarded as long overdue for reform.

The Scottish Law Commission recommended the creation of an updated statutory regime for third party rights, to replace the common law rules. The outcome of the review is the Contract (Third Party Rights) (Scotland) Act 2017, which will come into force on 26 February 2018.

Read more in our briefing, available for download below. 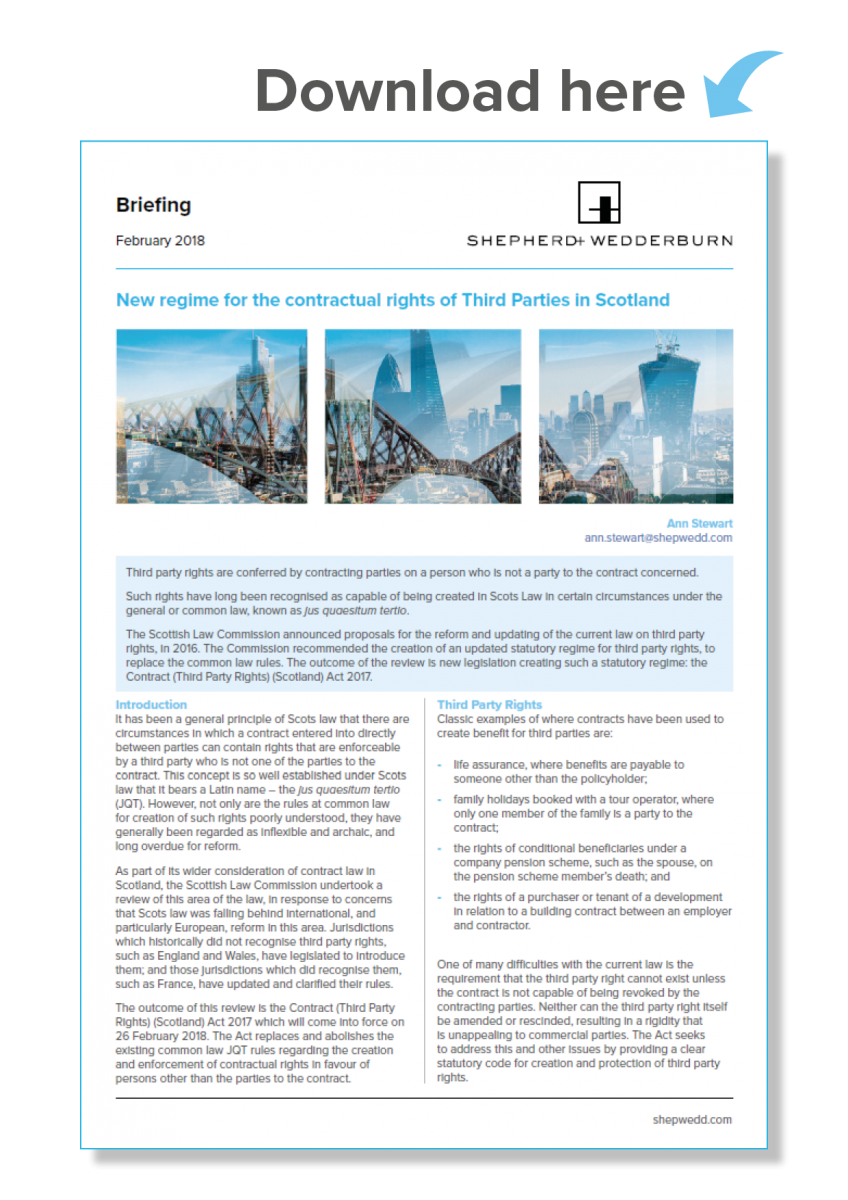