An update on the proposed amendments to the oil and gas regulatory regime in the UK.

In July this year the new UK Energy Bill started its passage through Parliament, beginning in the House of Lords.  The Bill represents the second stage of the implementation of the Wood Review recommendations that a new strategy for maximising economic recovery from the UKCS be developed and a new regulator be created with additional powers to facilitate the execution of that strategy.  The first stage of that implementation was the establishment of the Oil and Gas Authority (OGA) as an executive agency of DECC and the passing of the Infrastructure Act 2015.

Once passed, the Bill will, together with the amendments to the Petroleum Act 1998 which were made by the Infrastructure Act, provide the framework for the OGA’s operation and the transfer to it of DECC's oil and gas regulatory functions, and the additional powers that the Wood Review recommended it should have.

The changes to the regulatory landscape in the UKCS as a result of the Bill will be significant for industry participants.  In particular, the establishment of the OGA as a more active regulator, with a new mandate to maximise economic recovery from the UKCS as a whole, is likely to mean that industry participants will wish to consider how they interact with it more closely than was previously the case.

The purpose of this note is to provide an overview of the provisions of the Bill and changes to the regulatory landscape that it will bring. 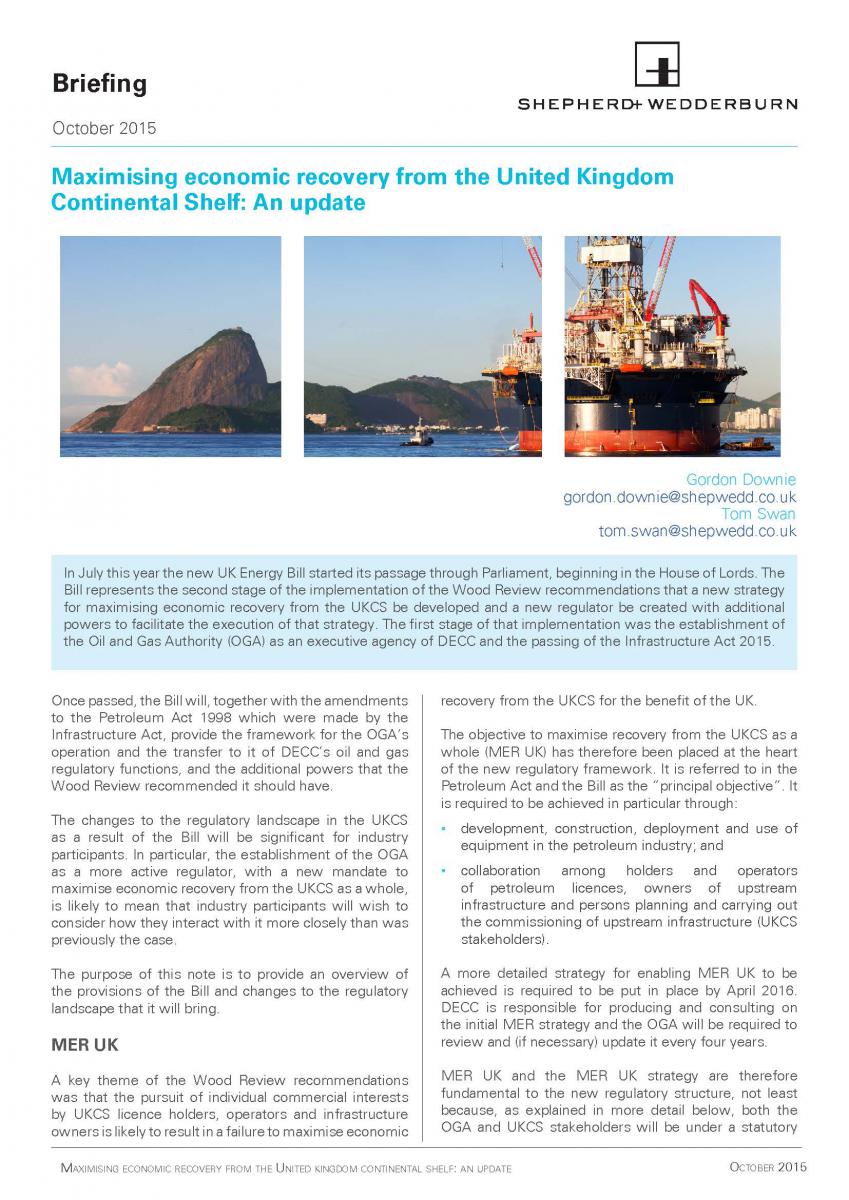