Antiquated rules on the rights of third parties under Scots contract law are to be swept away and replaced with a new flexible regime under proposed legislation introduced to the Scottish Parliament today.

The Contract (Third Party Rights) (Scotland) Bill, if passed by law-makers at Holyrood, will overhaul the current system of third-party rights with implications for the drafting of finance documentation and other legal agreements written under Scots law.

In our briefing, we look at what the proposed legislation might mean for banks, financial institutions and other businesses with operations in Scotland. 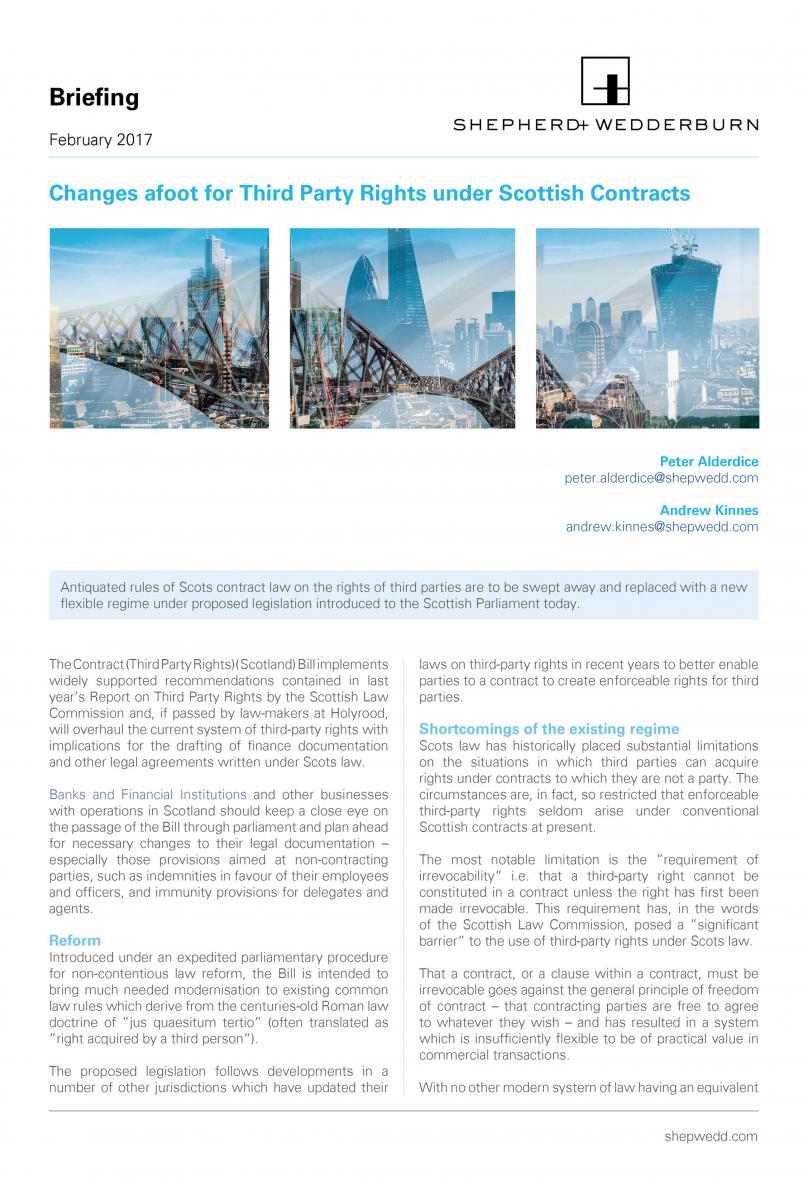