As many of us opened our first advent calendar doors, UK law firm, Shepherd and Wedderburn kicked off the festive season with a 5-a-side football tournament organised by members of the firm’s London office. 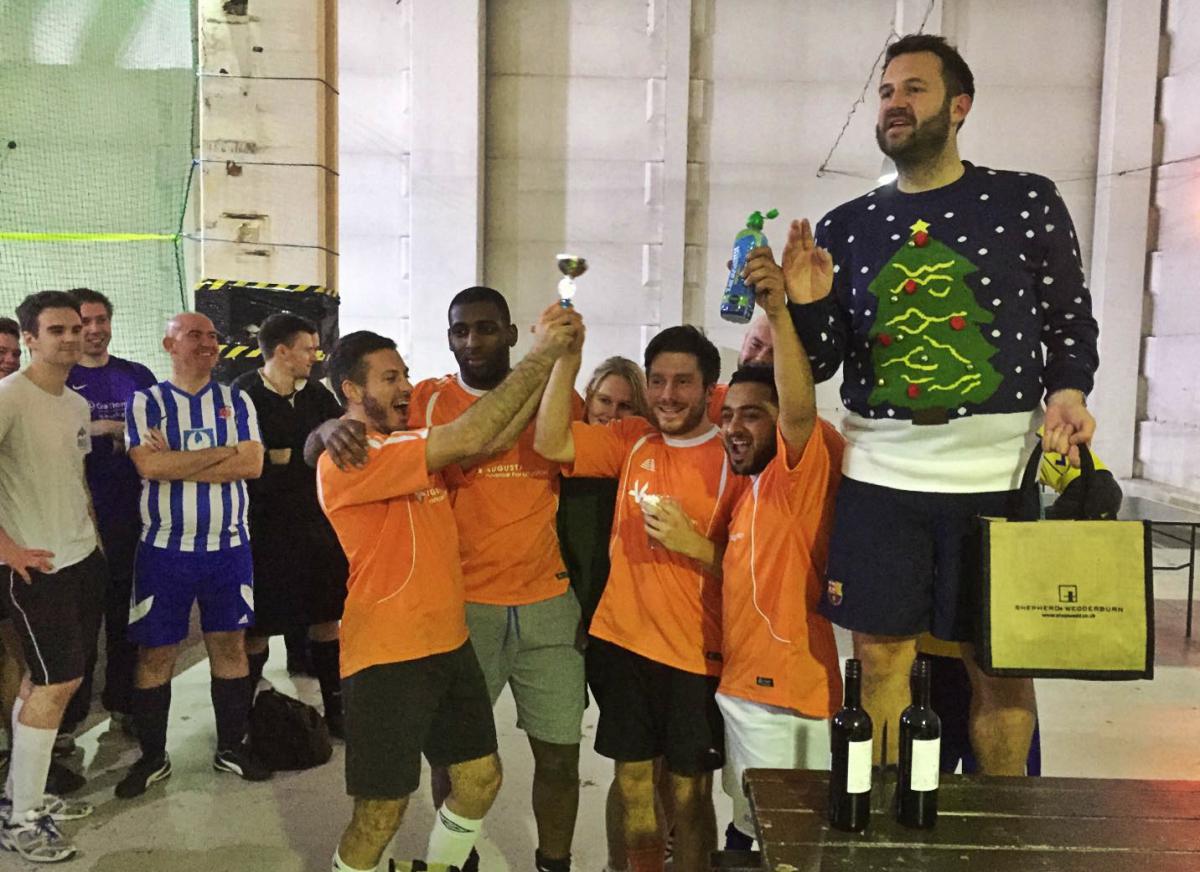 Prizes were not only awarded to the winners, Augusta Ventures, but also to the most festive team, Lloyds Bank, whose Christmas attire dazzled the jury at the post-tournament networking drinks.

The award for Sports Personality of the Day was shared by Tom Blackburn and Jason Jones, two Augusta Ventures players who staunchly defended the Augusta goal and helped lead their team to victory.