Back to school for Shepherd and Wedderburn lawyer

Back to school for Shepherd and Wedderburn lawyer 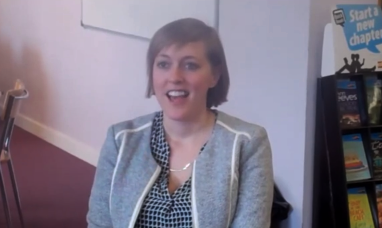 Kirsty Headden, solicitor at leading UK law firm, Shepherd and Wedderburn went back to her roots when she returned to her old school for an informal Q&A session with teachers and students.

Her visit to North Berwick High School formed part of the State School Lawyers scheme, a diversity project run by teacher-led charity, Impressive People, of which Shepherd and Wedderburn is a founding partner.

Impressive People helps state schools build links with former pupils who then act as role models,  encouraging young people who may be  interested in following in their footsteps. Through the State School Lawyers initiative, the charity aims show young people that talented individuals from all types of schools can and do reach the highest levels of the legal profession. The scheme also hopes to raise confidence and aspirations in the schools.

On the day, Kirsty, who is a solicitor in Shepherd and Wedderburn’s top-ranked pensions team, answered questions on her time at school and university, and about her working life as a solicitor. She also addressed the challenges of balancing a demanding job with parenthood and gave youngsters advice on the issues to consider when choosing a career.

Commenting on her visit to the school, Kirsty said: “It was a real privilege to spend time with such bright, talented young people and to give them some insight into my life as a lawyer. The State School Lawyers project is fantastic. Law can seem intimidating, especially in the absence of relatable role models, but there is no reason why state school pupils can’t go on to have hugely rewarding and successful careers. Many of the leading Shepherd and Wedderburn partners, including our Chief Executive, Stephen Gibb, come from a state school background.”

Speaking on behalf of Impressive People, the charity’s Director, Patrick Gaffney, thanked Shepherd and Wedderburn for participating in the State School Lawyers initiative.

He said: “Shepherd and Wedderburn were among the first law firms to back our work in schools.  The firm has a very strong commitment to education and diversity and we are extremely grateful for their generous support over many years.

“Kirsty would be the last to admit it, but she was an absolute star who charmed the staff and entertained youngsters with interesting and highly relevant answers to their probing questions.”

The Q&A was filmed by Skills Development Scotland and is available to view here.

Members of the Shepherd and Wedderburn team appear in a new directory of state school lawyers on the Impressive People website at www.impressivepeople.org.