Home > Our Knowledge > Legislating for Brexit - The Great Repeal Bill

On 2 October 2016, the Prime Minister outlined the Government’s plans for the Brexit process, announcing that Article 50 will be triggered by March 2017 and that a Great Repeal Bill is to be included in the next Queen’s Speech in May 2017. At a stroke, this legislation is intended to repeal the European Communities Act 1972, putting an end to the supremacy of EU law, while converting all existing EU law into UK law.

As the Briefing indicates, transposing existing EU law so that it applies after Brexit will be far from straightforward. The Briefing identifies a number of challenges:

The Briefing makes it clear that a wholesale transposition of EU law into UK law will be impossible. Transposition will require a detailed assessment of the Acquis Communautaire, made up not just of EU treaties and legislation, but also European Court of Justice case law, to ensure that there is, in the words of David Davis, “no black hole in our statute book”.

The House of Commons Library’s Briefing can be found here. 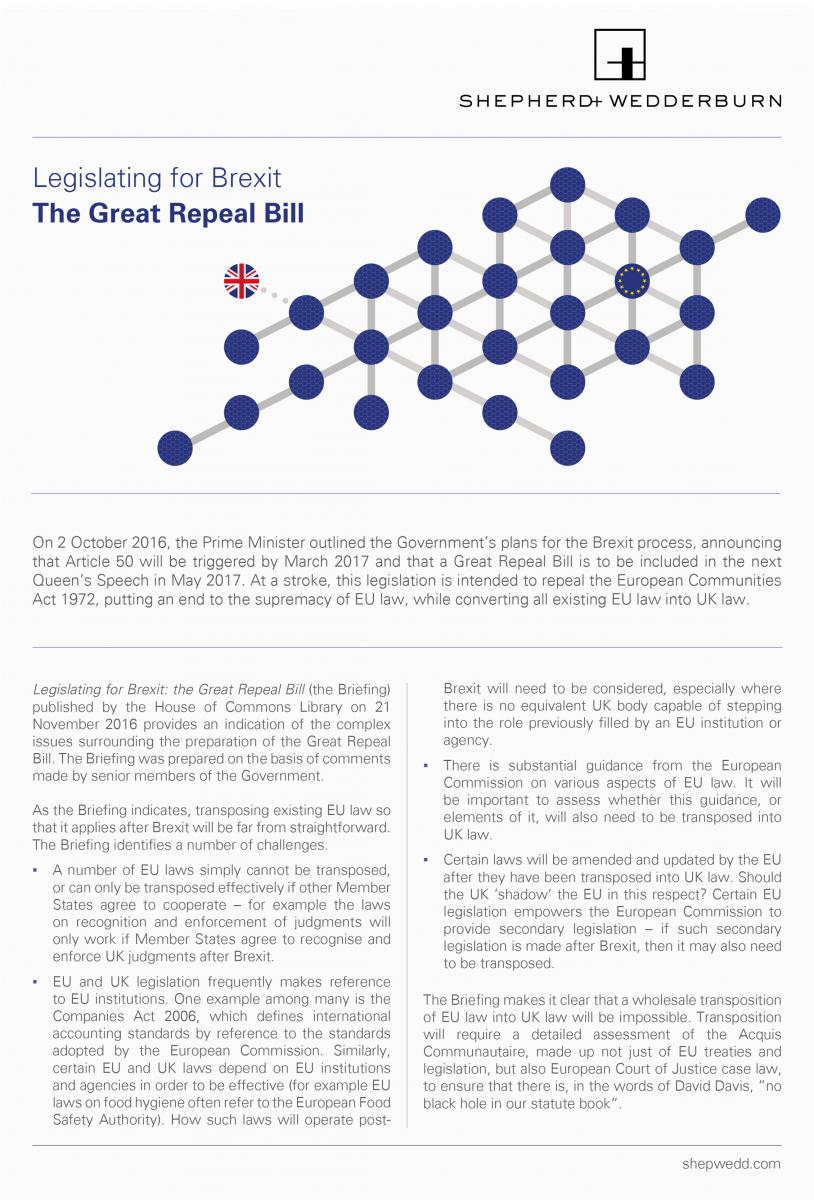