The introduction of the Competitively Appointed Transmission Owner (CATO)

Ofgem has also committed to enhancing the role of National Grid as system operator (“SO”) meaning National Grid will have an increased mandate to identify and develop options to meet the needs of the onshore transmission system.

The introduction of competitive tendering is aimed at ensuring onshore transmission needs are met in an efficient and cost-effective way and is not driven specifically by a need to connect new generation more efficiently or quickly. New transmission assets tendered in this way will, it is proposed, be owned and maintained by CATOs.

Ofgem has launched a consultation, dated 19 October 2015 (the “Consultation”) seeking views on its proposals. These proposals include: (i) the type of projects likely to be subject to tendering; (ii) the suggested tender models; (iii) the revenue payable to CATOs; (iv) the regulation of CATOs; and (v) how potential conflicts of interest arising as a result of this new regime can be managed in the context of NGET, the SO and the incumbent transmission owners (“TOs”).

A summary of the key proposals detailed in the Consultation is set out below. As a firm we are particularly interested in whether prospective participants in the market see managing the development phase (early CATO build) as a significant opportunity or as adding unacceptable risk, and whether the conclusion that RIIO–T1 projects are too far advanced by TOs to offer on an early CATO basis is justified. 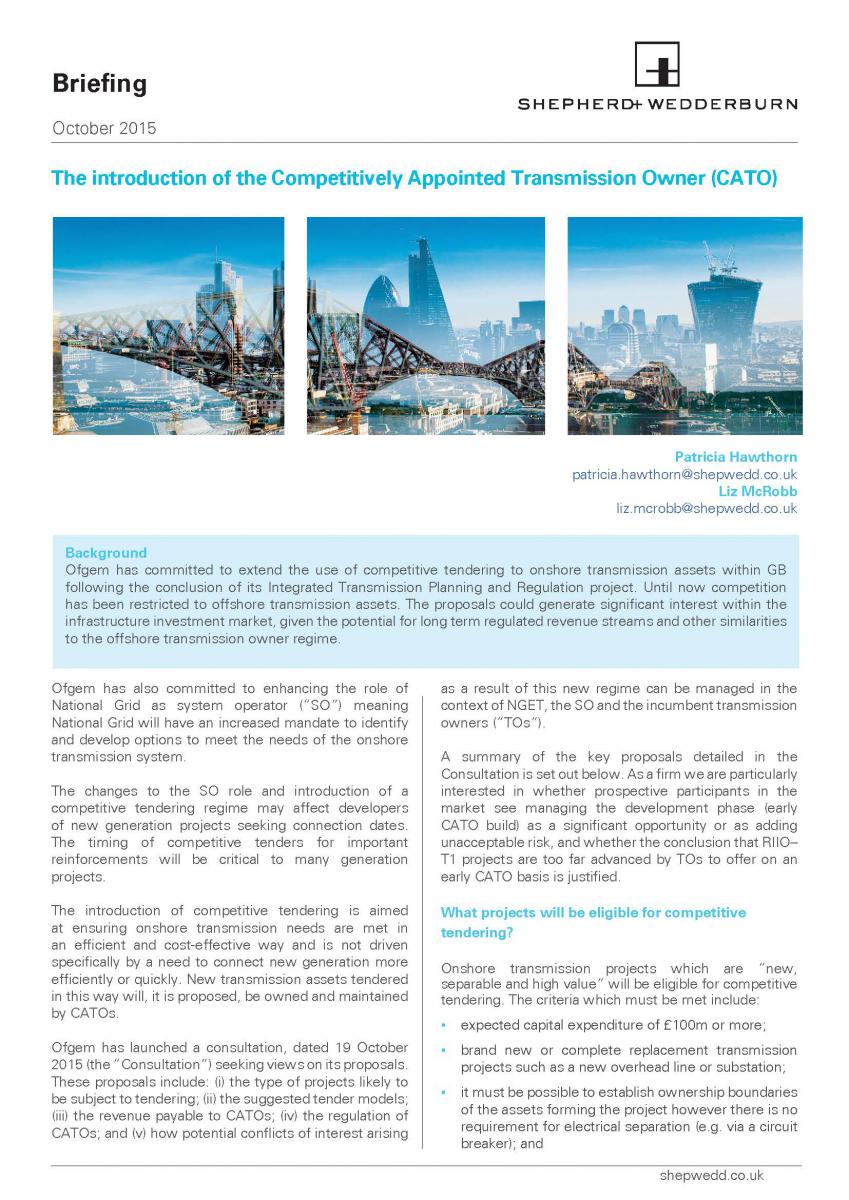