Home > Our Knowledge > The High Court sets the CAT among the pigeons: A win for MasterCard in the High Court

The High Court has handed down a surprising decision in a claim by a number of retailers against MasterCard. The High Court decided in MasterCard’s favour holding that its multilateral interchange fees (MIF) were not anticompetitive. Mr Justice Popplewell found that if MasterCard’s MIFs had dropped to zero the scheme would not have survived in the UK. As such, the MIFs were not restrictive of competition and were objectively necessary. This decision is at odds with the very recent decision of the Competition Appeal Tribunal (CAT) in Sainsbury’s Supermarkets Ltd v MasterCard Incorporated and Others.

The High Court decision relates to twelve separate actions brought by a number of retailers, including the Arcadia Group, Asda and Next, against MasterCard. MasterCard sets the default level of fees to be charged for its credit and debit card transactions (such fees are known as the MIFs). The central issue in the cases is whether the MIFs set by MasterCard are anticompetitive and in breach of UK and EU law. 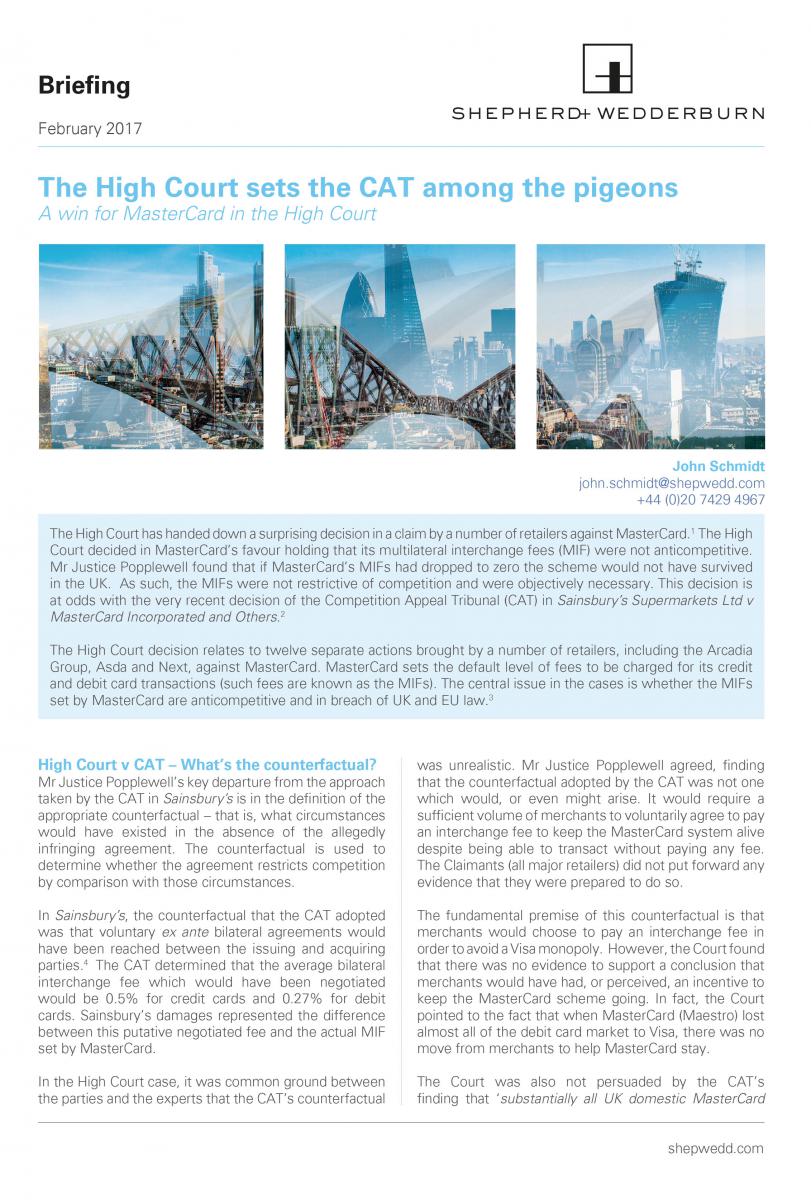