The Future for Crofting Law

Home > Our Knowledge > The Future for Crofting Law

It is well recognised that the legislative framework for crofting law is cumbersome and difficult to navigate. Security of crofters’ rights was first legislated on in the late 19th century, and a raft of crofting legislation has followed. Consolidation of crofting law was effected in 1993, but in the last decade alone, there have been three further Acts which have added to the complexity of the law in this area.

In the briefing below, we explore the future for crofting law in Scotland. Download it now. 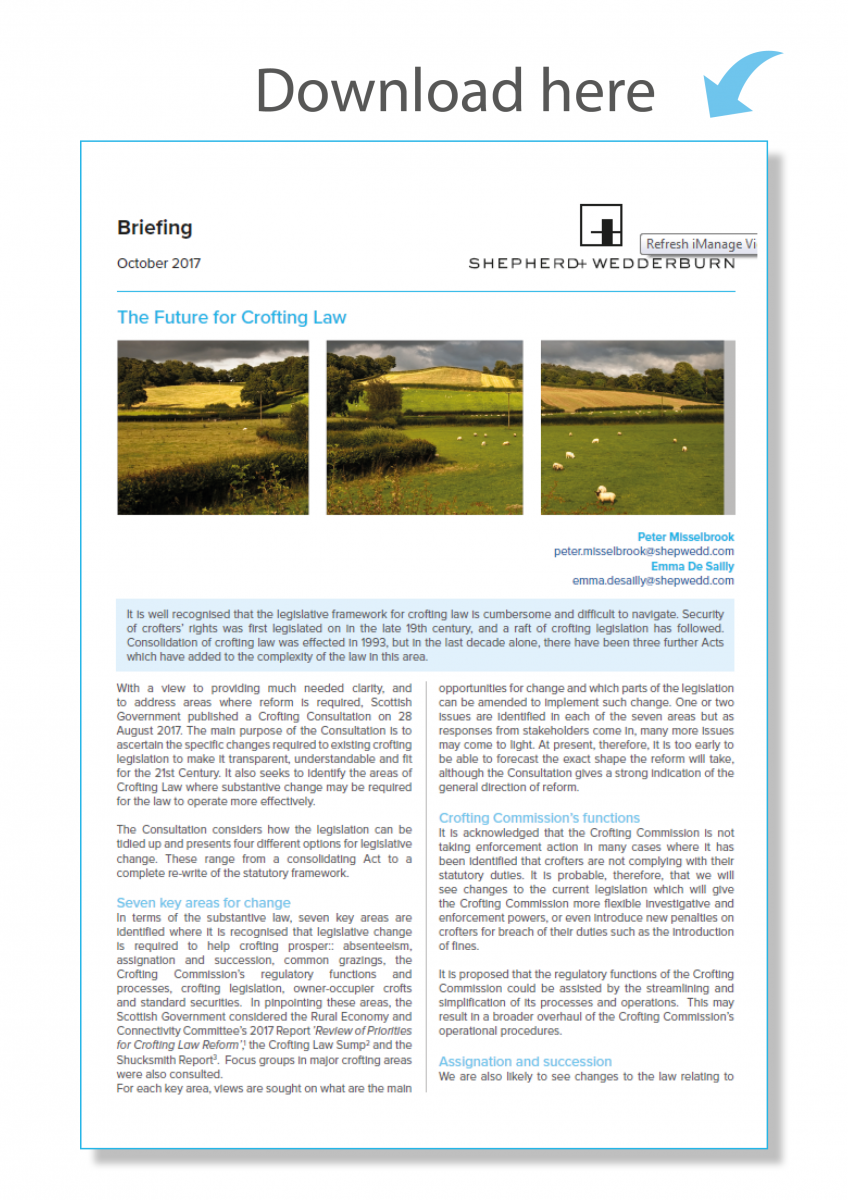