An organisation’s workforce is one of its most important assets. However, for organisations with a pan-European presence, keeping up to date with changes in legislation and best practice can seem like a never-ending task. This is especially true in the area of employment law, where change can be fast paced. With Britain’s impending exit from the European Union, and the consideration of more general questions about the EU’s future direction, more changes are expected in the coming years.

The Shepherd and Wedderburn Employment team has collaborated with a number of leading law firms across Europe to create a guide to European labour law changes. In it, we summarise recent amendments to labour laws across Europe and highlight the key reforms being introduced in 2017.

Included in its updated coverage are:

The Guide can be downloaded here 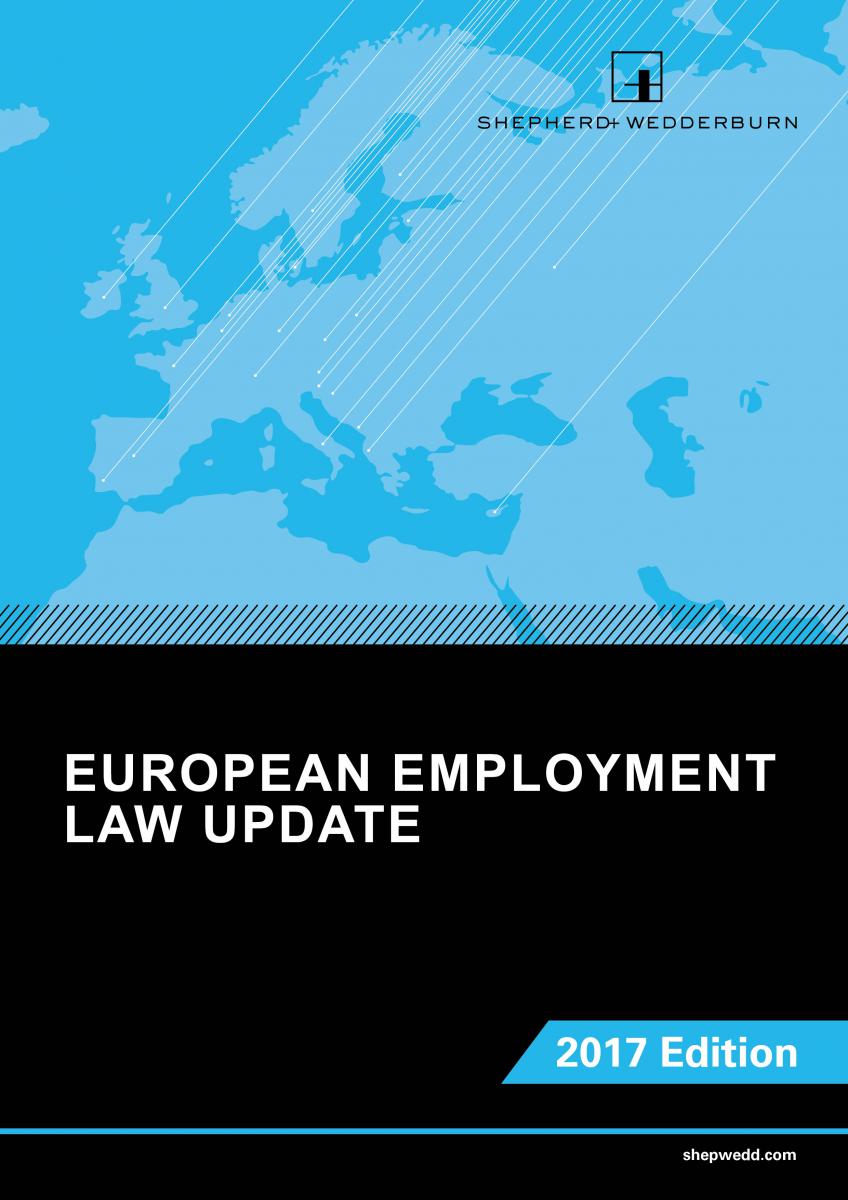