With a legacy of underinvestment in energy, and faced with a number of existing power stations scheduled to close by 2020, the Government sought to stimulate investment in energy through the introduction of the Energy Act 2013 (the Act). The Act aimed to address what has been described as the energy trilemma of keeping the lights on, at an affordable price, whilst moving towards a low carbon electricity market. The Act introduced the Electricity Market Reform framework which implemented two main instruments, namely Contracts for Difference and the Capacity Market. It is the latter of these two instruments that was grabbing headlines at the end of last year due to the holding of the second Capacity Market auction in December.

What is the Capacity Market?
Click here to read the full article. 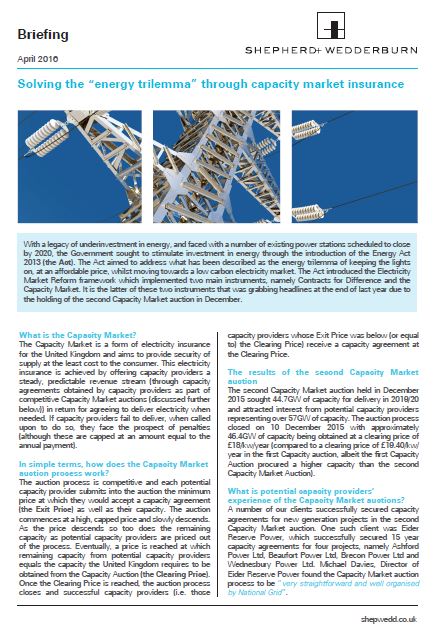