The European Commission imposes fines of €138m on participants in a cartel involving smart card chips in the EEA. What does this mean for you?

The decision
The European Commission (“Commission”) has imposed fines totalling €138 million on the participants in a cartel involving smart card chips in the EEA.

Smart card chips are used in mobile telephone SIM cards, bank cards, identity cards and passports, pay TV cards, and various other applications. Those used in the SIM segment rely mainly on memory, for example to store telephone numbers, while the smart card chips used in other applications also rely on security devices like cryptography in order to ensure data confidentiality.

The firms involved in the cartel were Infineon, Philips, Samsung and Renesas. Some of the companies involved received full or partial immunity from fines under the Commission’s leniency procedure. However, the award of leniency does not protect the companies from damages actions. Philips divested its smart card chips business after the infringement, but remains liable for its conduct during the period of the infringement.

The companies colluded through a network of bilateral contacts in order to coordinate their respective responses to customers’ requests to lower prices. The Commission found that the parties discussed and exchanged sensitive commercial information on pricing, customers, contract negotiations, production capacity or capacity utilisation and their future market conduct.

How does this apply to you? Read our briefing note 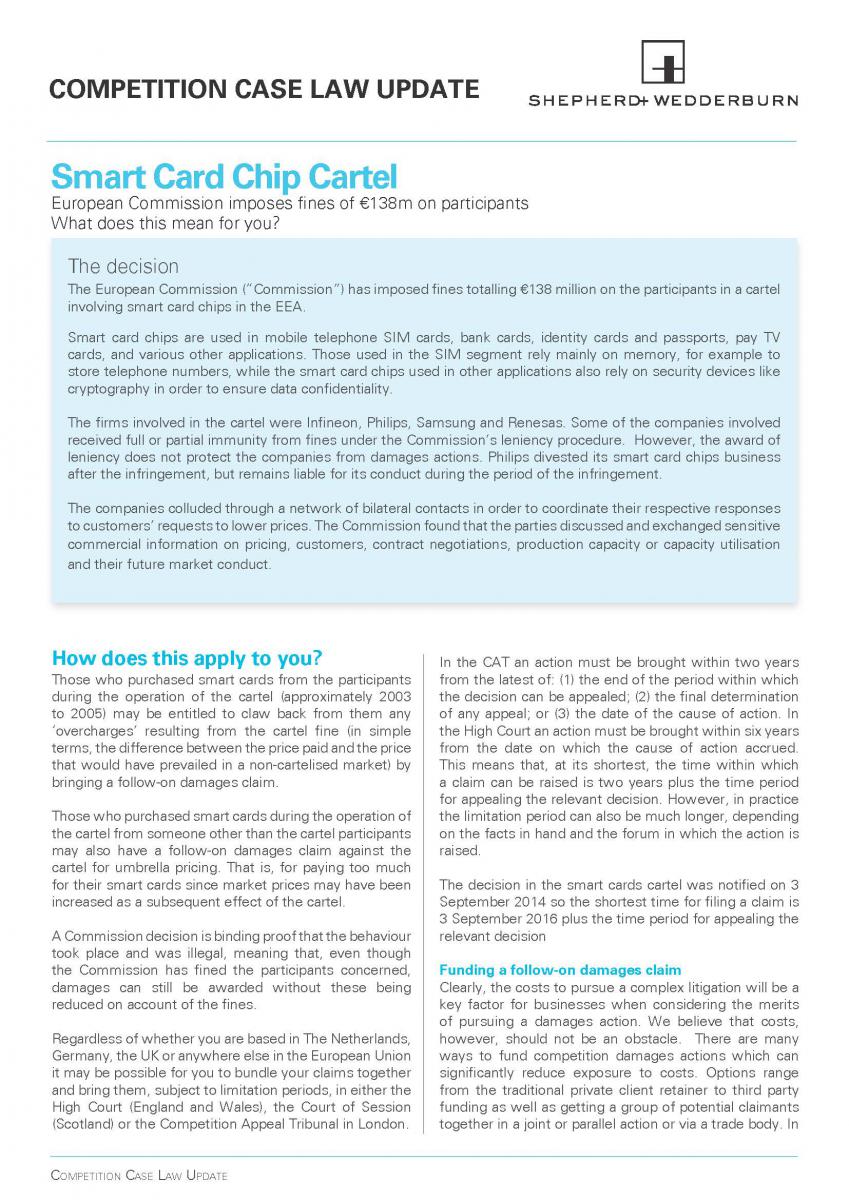