Our latest edition of Scottish Corporate Insolvency and Restructuring is now available. In it, you will find detailed commentary of the Hooley decision; the imminent amendments to the insolvency rules in England and Wales; and PPI v set-off.

Political uncertainty dominates the headlines, with the fallout from Brexit continuing, leadership changes in the USA and further elections soon to take place across Europe. The legal landscape in Scotland also continues to change. A number of important cases have been decided, not least the Hooley decision in which the Scottish courts considered the competition between a Scottish administration of a Scottish company against an earlier Indian liquidation of the same company.

The decision is considered in the latest edition of Scottish Corporate Restructuring and Insolvency Update, as are the latest steps to modernising the Scottish insolvency rules, and how the changes compare with the imminent amendments to the insolvency rules in England and Wales; and PPI v set-off.

Click here to read more about these and other developments 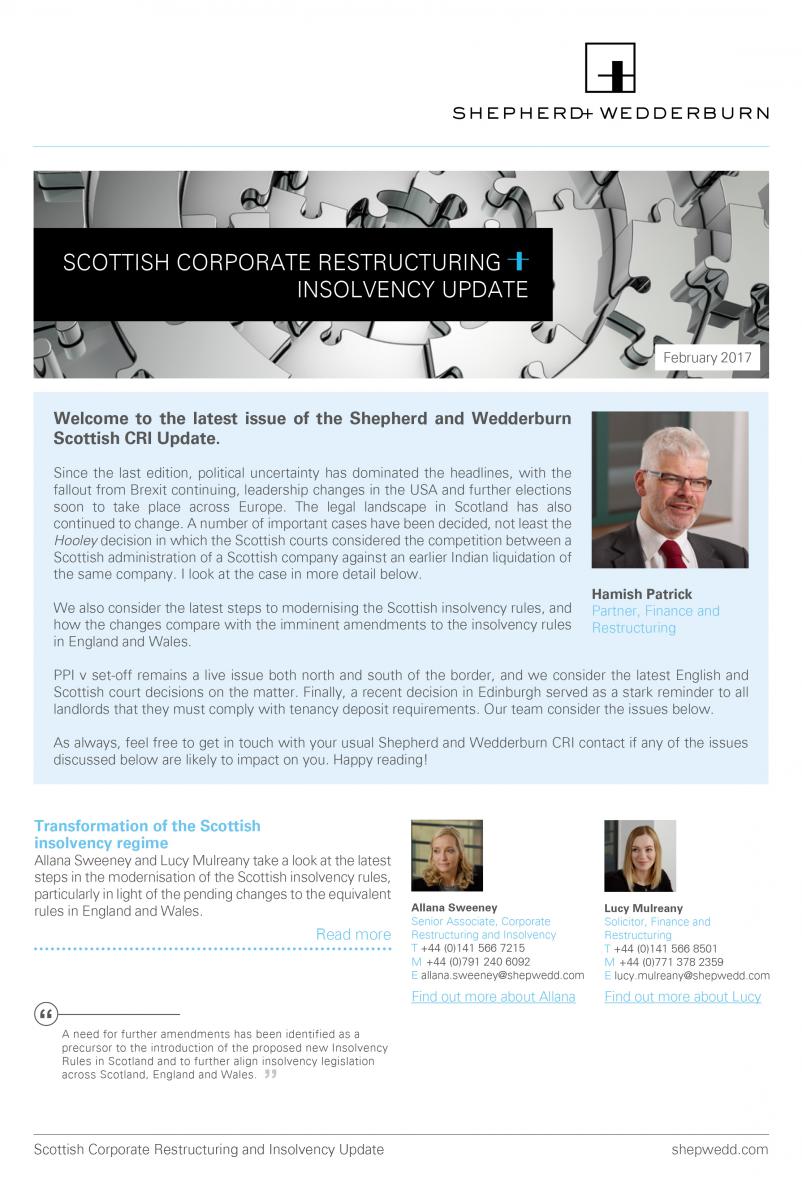