A briefing on recently passed legislation which seeks to regulate lobbying in Scotland, with significant consequences for how businesses and other organisations engage with the Scottish Government and Members of the Scottish Parliament.

We have previously published an update on the Lobbying (Scotland) Bill (the “Bill”), it can be accessed here. The Bill was passed by the Scottish Parliament on 10 March 2016 and will shortly become law.

In our last update we outlined the key provisions in the Bill at the halfway stage of the legislative process:

The basic structure of the regulatory regime outlined above remains the same; however, several important details have been changed by amendments agreed in the later stages of the Bill’s passage through Parliament. 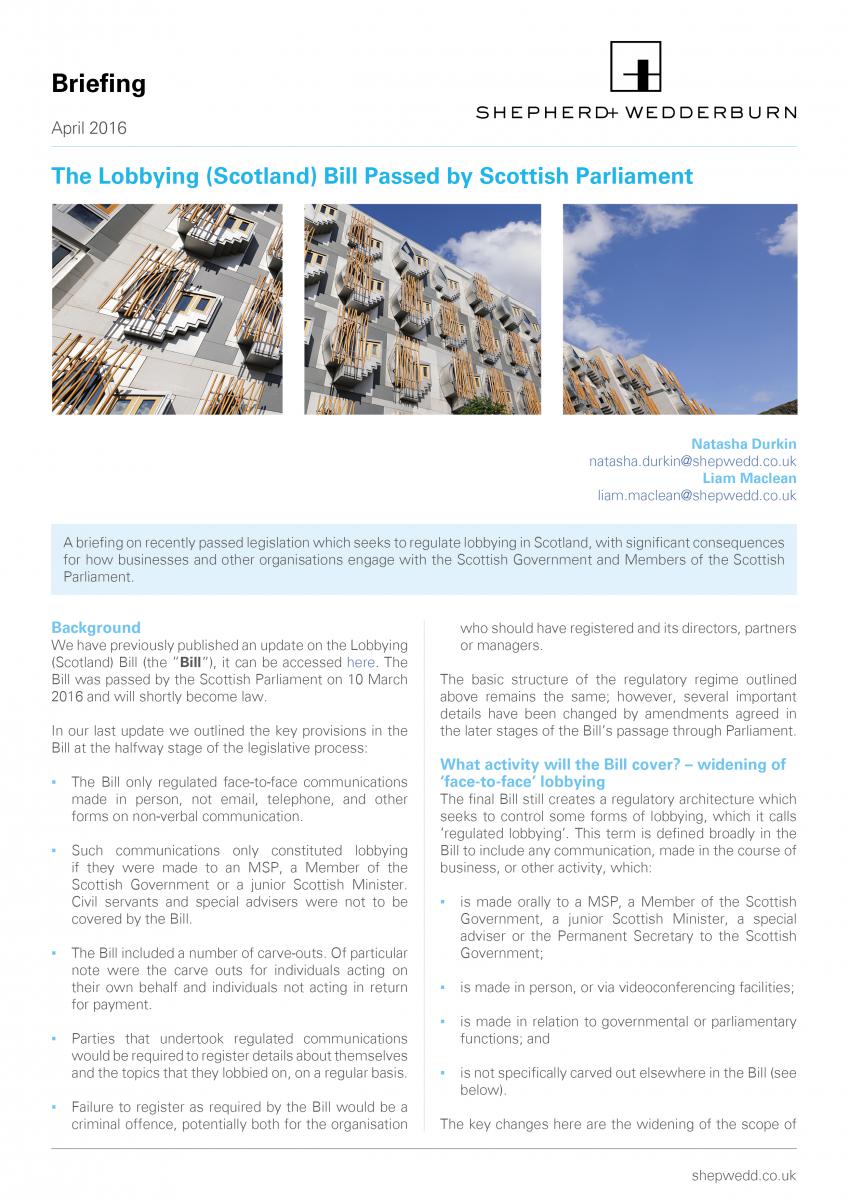