The EU Commission’s investigation into a suspected cartel among producers of heavy and medium-duty trucks has concluded with a record breaking fine of € 2.93 billion. What does this mean for you?

The EU Commission Decision: Key facts
In a settlement decision of 19 July 2016, the European Commission (the Commission) found that MAN, Volvo/Renault, Daimler, Iveco, and DAF broke EU competition law. Over the period of 14 years, these companies have colluded on (i) truck pricing, as well as (ii) timing and passing on the costs of compliance with stricter emission rules.

This decision relates specifically to the market for the manufacturing of medium (weighing between 6 to 16 tons) and heavy trucks (weighing over 16 tons).

In particular, these companies illegally coordinated on the following:

The infringement covered the entire EEA and lasted 14 years, from 1997 until 2011. Between 1997 and 2004, meetings were held at senior manager level, and from 2004 onwards, the cartel was organised via the truck producers’ German subsidiaries, with participants generally exchanging information electronically.

All companies acknowledged their involvement and agreed to settle the case with the Commission, in exchange for a 10% reduction of the fine. The investigation was originally sparked by a leniency applicant, MAN. Scania, who was also investigated, is not covered by this decision and the investigation will continue under the standard (non-settlement) cartel procedure for this company.

The press release from the Commission made the following important points:

How does this apply to you? Read the full briefing here 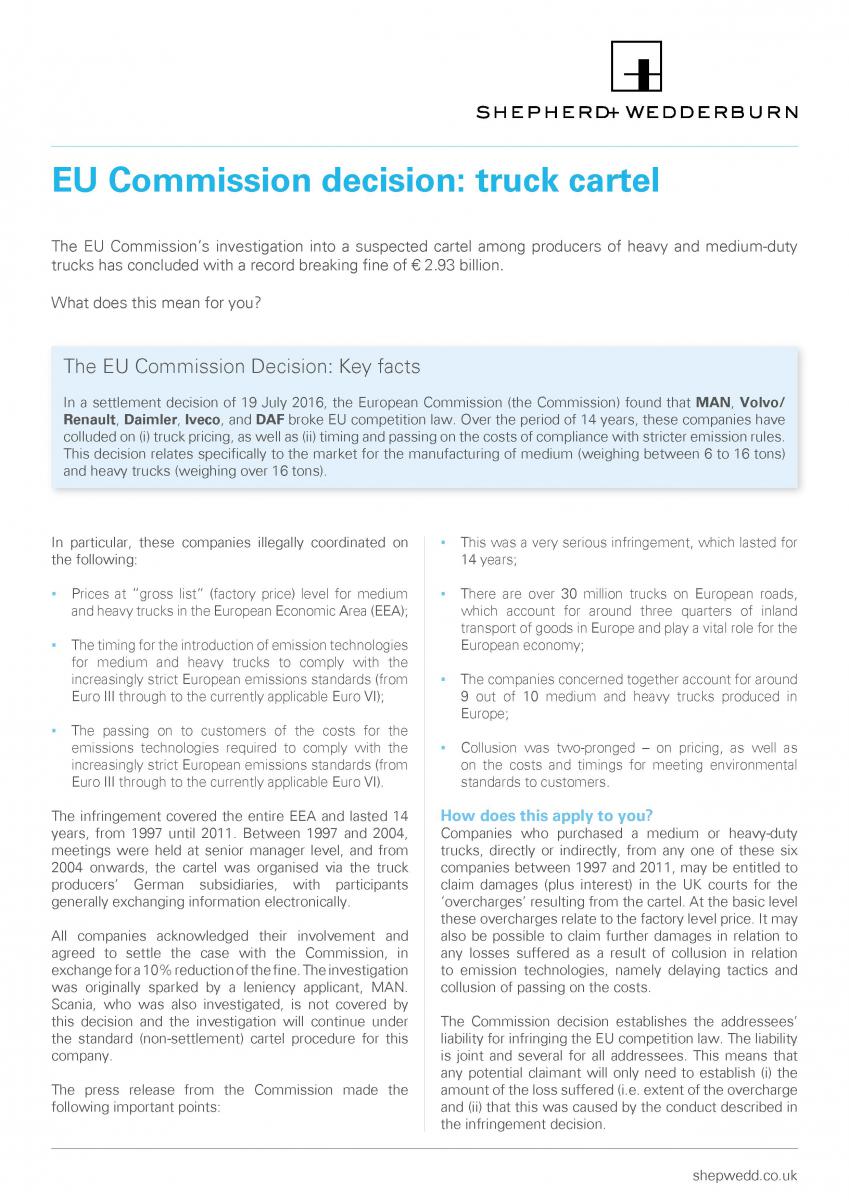