Changes to the UK PSC regime – what do AIM companies need to do now?

In order to comply with the Fourth Money Laundering Directive, the current PSC regime has now been extended to include entities admitted to trading on UK prescribed markets such as the AIM market of the London Stock Exchange and the NEX Exchange Growth Market. Our corporate team have considered what these entities should be doing to comply with the PSC regime.

The persons with significant control (PSC) regime has changed to meet the requirements of the Fourth Money Laundering Directive (2015/849/EU) (Directive).

The UK, like all member states, had until 26 June 2017 to make the necessary changes to its domestic legislation to comply with the requirements of the Directive.  The relevant regulations were published just in time to meet this obligation.

One of the key changes made by the Directive is to expand the range of entities that now fall within the scope of the PSC regime to include entities admitted to trading on prescribed markets such as the AIM market of the London Stock Exchange and the NEX Exchange Growth Market.

Entities admitted to trading on a UK prescribed market (such as AIM) have until 24 July 2017 to comply with the UK PSC requirements.  It is important that relevant companies start collating the necessary PSC information now so they are in a position to comply with the extended PSC regime.

Our previous briefing note on the anticipated changes to the PSC regime can be found here.

This briefing note refers to UK regulated AIM companies however the same obligations to apply to other entities admitted to trading on a UK prescribed market which now fall within scope of the UK PSC regime (such as the NEX Exchange Growth Market). 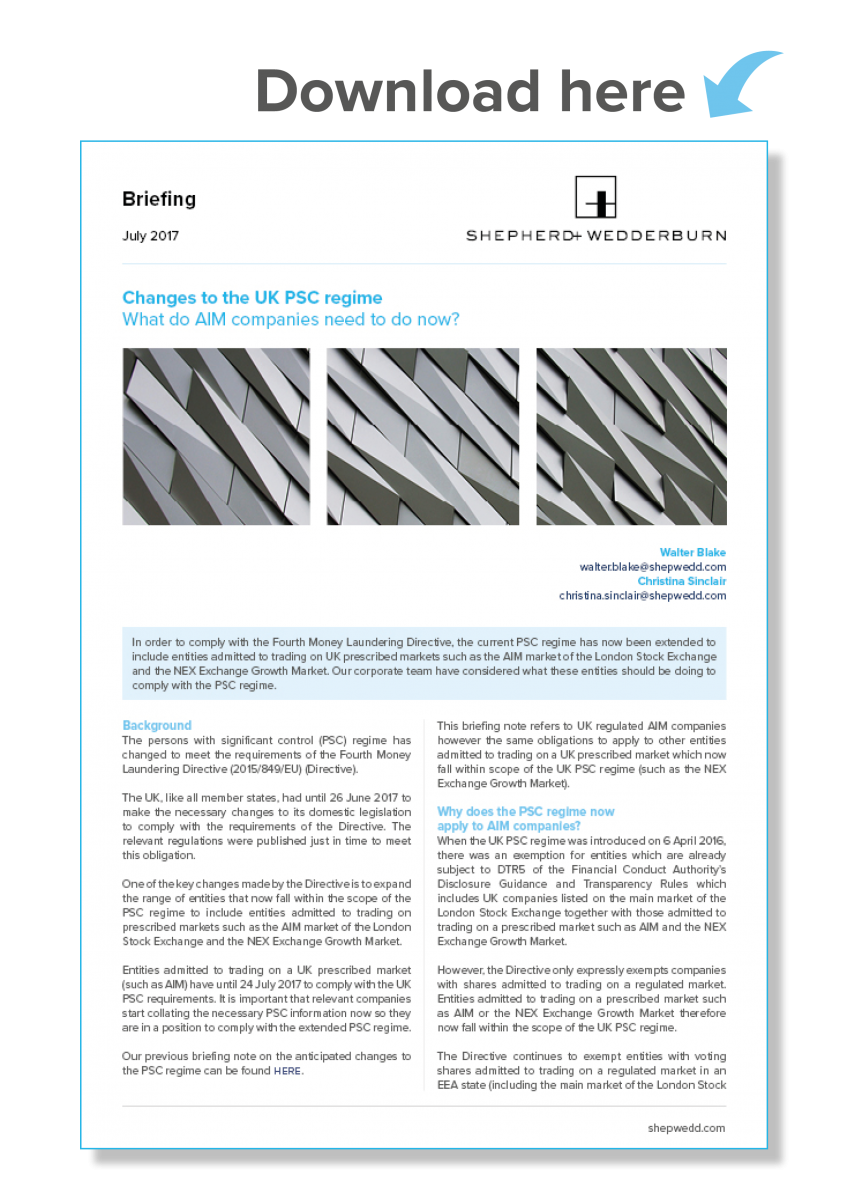