The European Commission fined car part producers Euro 137.8 million by way of cartel settlement. What does this mean for you?

The European Commission fined car part producers Euro 137.8 million by way of cartel settlement. What does this mean for you?

The Settlement
On 27 January 2016, the European Commission reached a settlement in relation to cartel for car parts (alternators and starters) and imposed fines totalling Euro 137,789,000, on Melco (Mitsubishi Electric) and Hitachi. Another cartel participant, Denso, was not fined because it revealed the existence of the cartel to the Commission benefiting from the leniency programme. All companies acknowledged their involvement and agreed to settle the case to benefit from the reduction of the fine.

Over the period of five years, between September 2004 and February 2010, the three Japanese car parts manufacturers coordinated prices and allocated customers or projects with regards to alternators and starters. The cartel affected European customers because alternators and starters were also sold directly to car manufacturers in the EEA. These parts are the main components of car engines.

The settlement is only one part of a series of multi-jurisdictional investigations into suspected cartels in the car parts sector. The European Commission already fined suppliers of automotive bearings, wire harnesses in cars, flexible foam used (inter alia) in car seats and parking heaters in cars and trucks. Investigations are ongoing in relation to other car parts, for example occupant safety systems, thermal systems and exhaust systems.

How does this apply to you? Read the full briefing note here 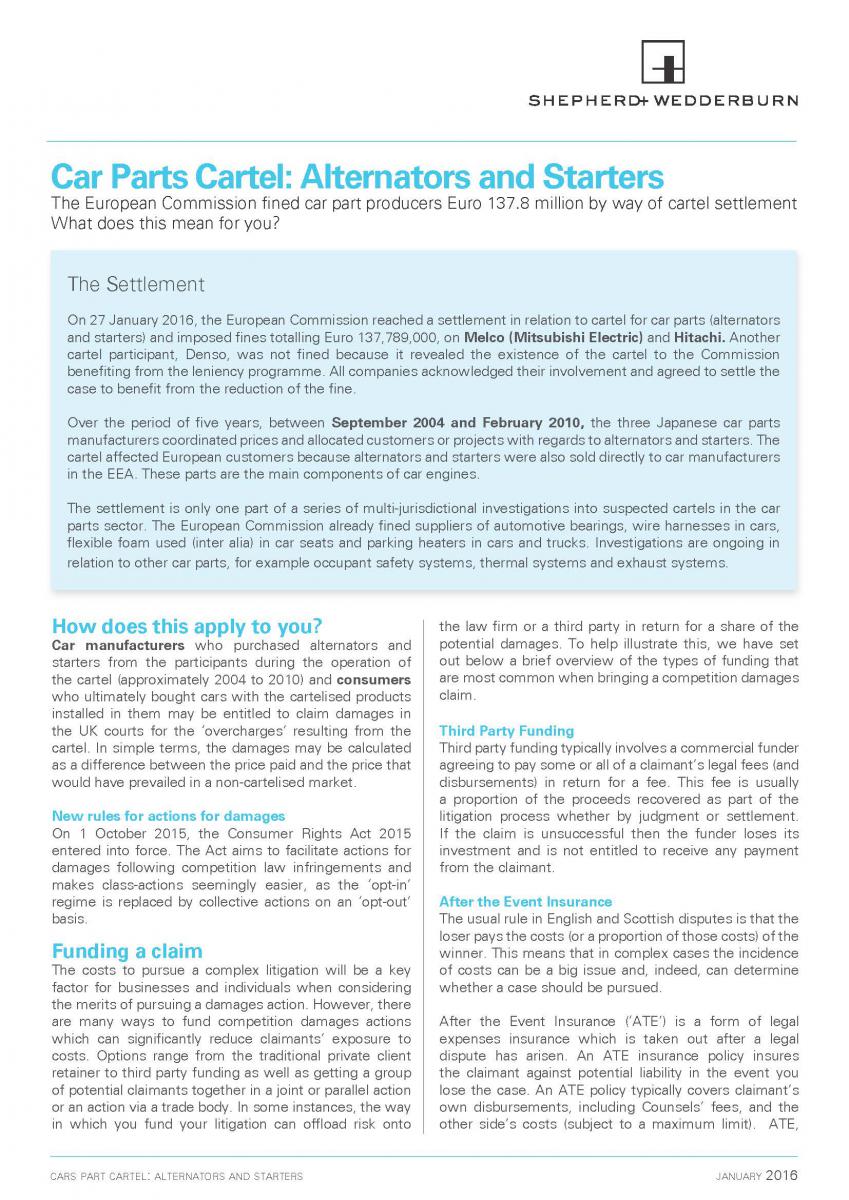