In this article, we attempt to outline some of the potential political models the UK may seek to adopt in the event of a Brexit, and discuss the impact these models may have on the Telecoms industry.

The possibility of Britain voting to leave the European Union (causing a so-called “Brexit”) looms nearer. A referendum vote on the UK’s membership has been promised before the end of 2017, although it seems likely that it will be sooner, depending on the outcome of the present negotiations. How the relationship between the newly separated UK and the EU would look remains uncertain, although numerous potential models have been touted as possibilities.

In this briefing, we look at some of these potential models and the impact for TMT clients. The real certainty is uncertainty in the event that the UK votes to leave the EU, and we attempt below to outline some outcomes of such an event to the telecoms industry in the UK. 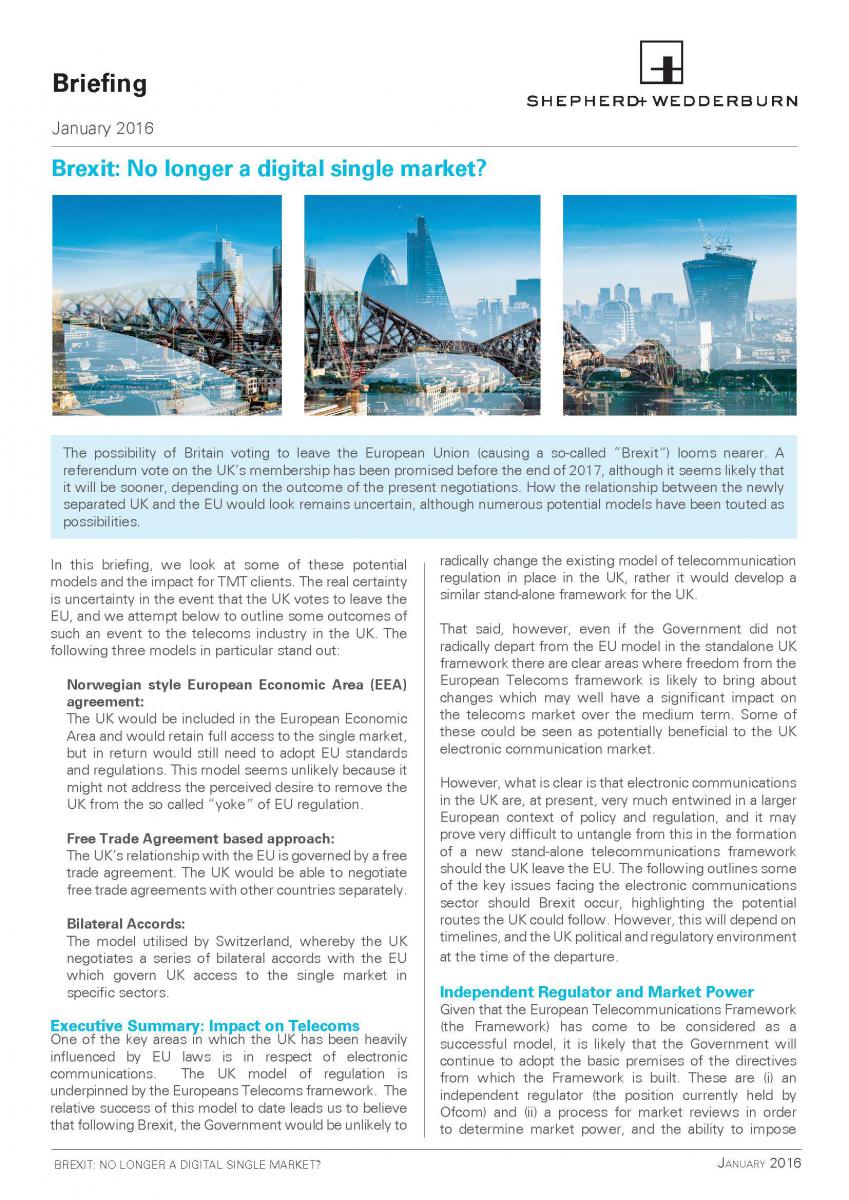